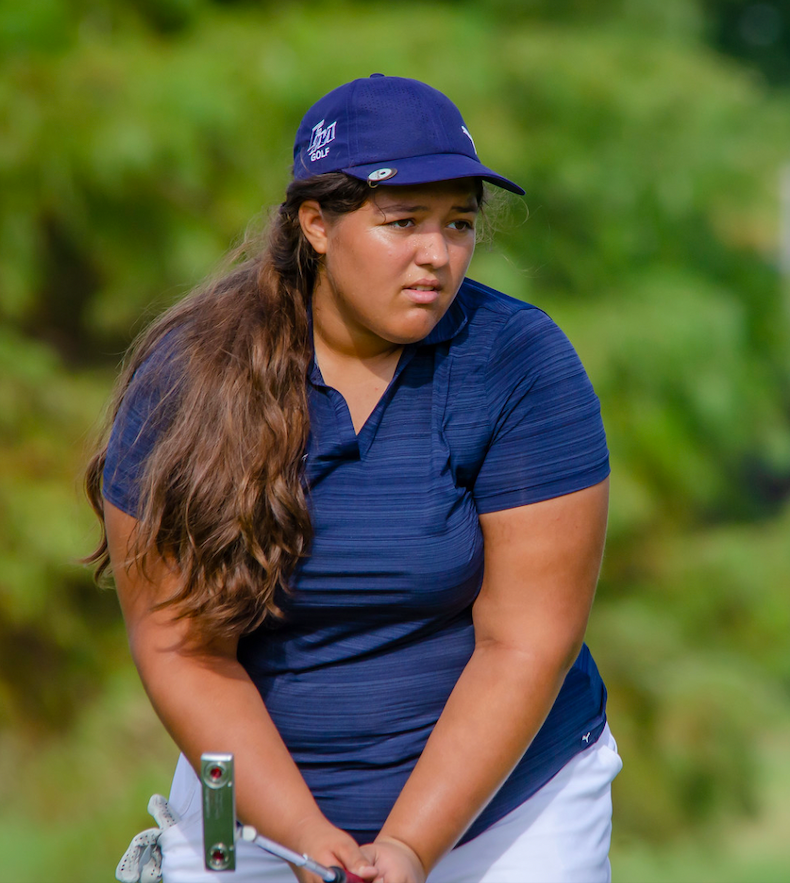 Back straight, bend at the hips, arms extended. These are the fundamentals she has practiced since she was in elementary school. To this day, this chant still echoes in the mind of senior Varsity golfer Anjali Cherukuri.

“I started in elementary school,” said Cherukuri. “They used to have an after-school club where we would hit [golf balls] in the field.”

People tend to have a reason that they start playing a sport, whether it is because their parents forced them, one of their idols plays it, or because they want to play the same sports as their friends. However, for Cherukuri, it was because of her connection with her dad.

“I used to play with my dad a lot,” said Cherukuri. “At first, it was kind of just a competitive thing where I wanted to beat my dad when we went out.”

Cherukuri has continued to play golf into her high school career. Everyday she drives to the fields during her fourth period to practice, and on some school days she is able to play at different tournaments.

“You’re stuck at school all day, so when we got to go outside and play golf we got to feel our competitive side,” said Cherukuri. “It’s also just like getting fresh air and actually getting some movement rather than sitting all day.”

Being able to move around after school can be energizing, but in golf tournaments it can be very straining on the players, as they are playing for about five to six hours at a time. How a player takes to the stress of playing long rounds can demonstrate their character.

“It kinda shows how you are doing in life because it really tests your patience and mental stamina,”  Cherukuri said. “It is easy to beat down on yourself, which will lead you to continue doing worse, so it takes a lot out of you to motivate yourself to be more optimistic.”

Through determination and hard work, Cherukuri was able to once reach her best score of 75. In golf, the fewer shots it takes for a player to make a hole, the better. In most of Cherukuri’s tournaments, there are 18 holes in each course, and the players are trying to make each hole in four shots or less.

“The even-par is normally 72, meaning my score was 3 over,” said Cherukuri.

In order to help get her best score, Cherukuri had to have some type of ritual for her to maintain focus for the five or six hours she played that particular tournament. For Cherukuri, she focuses by imagining what she will do.

“Before I actually go on a round and there is a hole I am scared about the drive or first show, I like to pretend that I am on the range and see where I can’t go,” said Cherukuri. “Maybe like how I can’t go left because there is a hazard, so I practice that shot like I am actually on that hole.”

Visualization is a great technique to use in order to help calm the mind and reset oneself to ready themself for an event. Cherukuri uses visualization to help her practice a shot and calm the adrenaline that runs through her when there is a hazard near the hole, such as a pond or sandpit.

Through her endeavors this year, Anjali Cherukuri helped her team achieve 1st place in the Guyer Invitational tournament at the Oakmont Country Club in October. Although her fall season ended last month, she will continue back in the spring, and we can’t wait to see what results she brings.